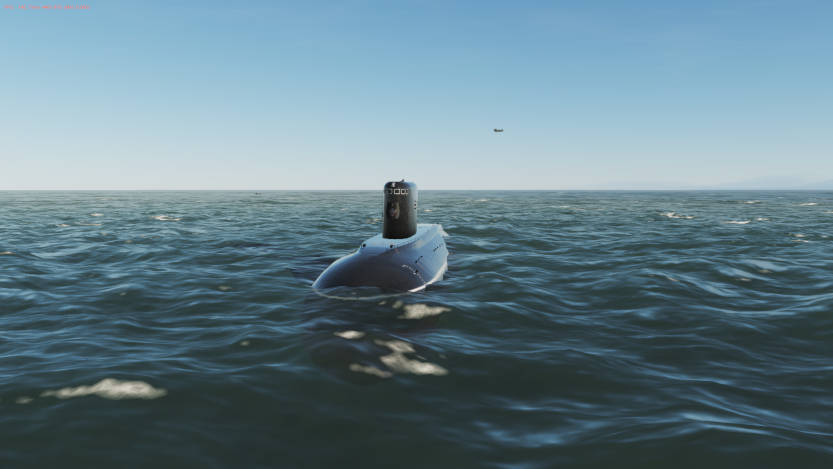 Due to the results of the joint operation, conducted by the KGB, the 17th separate Special Naval Reckon Brigade of the USSR, and the USSR MIA, the sabotage operation managed by NATO and US intelligence, that seized secret technical information about the new aircraft carrier, and Pride of the Fleet (the newly modernized ADMIRAL KUZNETSOV) this Operation is authorized.

According to the results of the analysis conducted by the services after the fact, the NATO operation took place in three stages:

After completing its task, the submarine was detected headed for Trabzon. However, while the submarine was being tracked in the CH grid square, the submarine suffered severe damage as a result of contact with an unknown underwater object and the contact was lost. The submarine disappeared, carrying out repair work at depth. The significance of the damage led to the fact that for almost six days, they drifted, with no power, so the boat slowly drifted at a speed of 0.5-0.7 m/s in the direction of the second ring of the south-eastern deep current towards Kobuleti-Batumi. At the same time, as always boat kept the radio silence mode.

Alarmed by the long absence of the submarine, the command of the US Navy under the orders of the Joint Chiefs of Staff put forward support vessels to the Black Sea, using, in addition, Turkish Navy vessels as a NATO ally. The current Maritime Law and international regulations on the crossing of the Straits did not allow NATO to quickly move to the point of the alleged boat accident. The Turkish Navy showed some caution in actions that could be interpreted as “obviously aggressive” in relation to the USSR.

As it was later established by the investigation, as a result of violations of the accident prevention in conducting underwater welding work on the submarine, an explosion occurred that destroyed part of the undercarriage and crew and led to partial flooding of the compartments. The boat made an emergency ascent in the FG55 box and gave two signals: May Day (SOS) and a pulsed coded signal, probably confirming the presence of cargo “X” onboard. Having received and decrypted the message from the submarine, the command of the US Navy decided to make its way to the boat at any cost, using all possible resources.

The heavily damaged and deprived submarine continued to drift in the direction of Kobuleti-Batumi in the surface east course at a speed of up to 1.5 m/s. The fixed coded pulse radio exchange between the submarine and the unknown addressee suggests that the command of the submarine and its crew were given the order of holding on for several hours. However, after three hours of drift, after receiving this instruction from the JCS, another explosion occurred on the boat. The boat began to give SOS signals in clear text at all frequencies.

The USSR Foreign Ministry sent a protest to the US embassy about the actions of the US Navy in the Black Sea and an official appeal to the US consulate with a proposal to conduct a rescue operation and tow the boat to the nearest USSR port. In response, the USSR received an unequivocal refusal and a strong warning that any possible actions for any purpose would be regarded as military aggression against NATO’s peaceful transport and have corresponding consequences. Despite the official note of protest submitted by the USSR Foreign Ministry to the UN, the United States and Turkey continued their actions.

The USSR Navy command made a decision:

securing secrecy, covertly, regardless of the costs and losses, to seize the submarine and tow it to the port of the city POTI. The crew of the vessel to take prisoner, with their resistance all must be eaten alive, to prevent the leakage of information from the vessel. To accomplish this task, mobilize and engage all the south-western military districts.

To ensure the secrecy of the operation, it was ordered to liquidate any foreign watercraft equals approaching or moving away from the submarine and to prevent attempts to tow the ship into neutral waters. To accomplish the task, simulate the flooding of the boat with a bomber and create false evidence of flooding. After that, the submarine declared sunk due to the inaction of the allies and without the assistance and support suggesteded by the USSR. After that, by all possible legal means, prevent any search and rescue operations in that area.

The situation on the beginning of the mission

The submarine of the probable enemy is in the FG95 square and drifts with a shift to the north-north-east in a small annular current with a speed of not more than 1.2-1.4 m/s. According to USSR intelligence, it is known that three US Navy ships have passed through the Straits. Their course and time of approach are calculated . The reaction of the Turkish Navy and Air Force remains unknown. Intelligence assesses the likelihood of the actions of the US forces as “decisive”, the actions of the Turkish forces as “cautious.”

The task for the USSR Air Force

After completing additional reconnaissance and patrolling operations, take up combat duty over the object in the FG95 square. By their actions to ensure the implementation of combat orders of the command of the USSR Navy.

Hi, I am a retired pilot. I took part in this group but retired now...